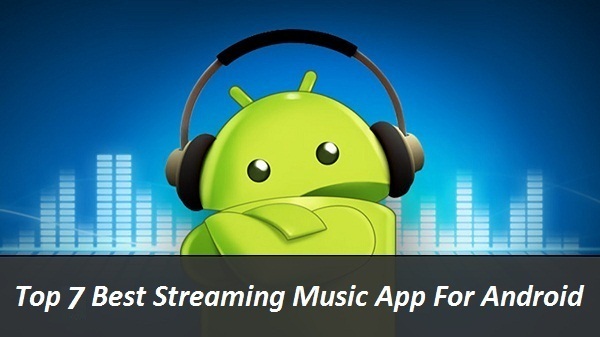 While the on demand apps are ruling the digital world, the music lovers can now join the club and enjoy different genres of music by the using the on demand music streaming app. Some of the apps depend on the collection and organizing of the human validation while some apps simply follow the algorithm and the others follow both the concept. Of late, there are many companies that want to be a part of the music subscription.

To become popular among the subscribers and the listeners, many companies are replicating the customized music collection in the cloud platform with an additional twenty million tracks. But there are limitations in the terms of the service offered by different companies for the device in the offline mode. Most of the music streaming apps provides a free offering on the smart-phones are limited to the ‘shuffle style’ in the radio mode.

There are many music streaming apps launched by the companies that have different aspects and features that differentiate them from the others.

Spotify – Music for everyone

Europe’s famous and successful app, that gives access to millions of songs that range from the olden hits to that of the latest favorites.

It is a reliable and dedicated platform for music streaming that offers around twenty two million tracks that comprise an ad-support version of its mobile service. It is a global platform that has an extensive library and operates in cross-platform. Apart from the smartphones, the app works on the tablets, TVs and computers.

The extensive library has millions of songs in different genres and the listeners can enjoy the music without the interruption of the ads. The app gives the option of downloading the music online and listen to them when there is no internet connection, this kind of service is not available in many apps. The quality of the audio track is incredible with the premium sound quality.

With this app the music lovers can listen to their favorite music whenever and wherever they want and they can access the app on any of their devices like their computers, tablets and smartphones.

The app offers over forty million tracks in the library

The listeners can create a customized playlist and import the Mp3s and even follow their favorite artist. Each and every sound track has high audio quality. The app allows the listeners to sync their playlist and albums anywhere, even when there is no internet connection. The listeners can inform about the tracks in the app, whether they like it or not and include a new favorite list in their library.

The app partners with the gigs and festivals that help them showcase their talent to the outer world. This app follows an identical pricing model and is not available in the United States. The main advantage of this app is that it helps to sync many devices in the offline and is a free version for the mobile devices.

This app provides a comprehensive collection of music track those audios that are similar to that of the Spotify and Deezer. This app does not allow free incarnation of the track outside the United States apart from the trial period.

It has a differentiation with the family subscription scheme that becomes cheaper and thus some people even have more than one account that cost $17.99 each month and if there are three, then the cost for the main subscription is $22.99 a month and so on.

The app allows the subscribers, many devices as possible to the account so that they can access it when they are not connected to the internet. But the listener can play the audio only in a single device, anytime unless all the other devices are kept offline.

This app is available in around eighty five countries and has an extensive library that has the contents from the 4 major record labels and Merlin network CD Baby, BFM digitals, Finetunes and others. This is the only app that allows the sharing of songs, playlists and albums to the other via the social networking platforms like Twitter and Facebook. But the company had bankruptcy in 2015 and had to pay two hundred million dollars, they even announced the sale of some of their intellectual properties to the Pandora radio.

This is a British service provider that was launched in 2011, that initially featured the music catalogue of over ten million tracks. Later, in 2013 it offered twenty two million tracks that were available in thirty two countries.

The web subscription of the app offers unlimited music streaming through the web to the Mac and the Personal computers. In the mobile devices, the premium subscriptions are accessed through the apps offline.

The subscriptions are restricted in some of the countries by the app company. The mainly target the non-digital adopters with simple interface and best quality audio services. The extensive library has over twenty two million tracks and has the auto caching facility of the songs for the offline use.

This app provides ad supporters and free service of the audio tracks. Similarly the radio stations are based on the albums, playlists, artists, songs, activities and the genres. The app allows the listeners to upload their own songs and listen via the iOs and Android for free.

The listeners can upload to the maximum of fifty thousand songs in the app. If the listeners wish to subscribe to the app, they can subscribe and have the option listen and as well as download millions of songs even in the offline. The app has a family plan subscription that allows over six of the family members to access the service at a very low cost. The main key feature of the subscription is that it allows the free membership option for the YouTube Red which enables them to listen to the YouTube songs offline.

The company launched their music streaming app in Ireland and the United Kingdom in 2010 and later expanded their services in many countries. They have an extensive library that has twenty five million sound tracks that is accessible in many devices that includes its game console.

This app is an upgraded version that allows the listeners to create a customized broadcasting channel that consist of their own live shows and it has mainstream media sites that normally does not allow the people to join their video chats like the other music app.

Anand Rajendran is CEO and Co-Founder of Dectar, best PHP scripts Development Company located in India. Dectar is a part of Casperon Technologies a leading social and mobile development company which is Developing Uber for X apps like Couriero – On Demand Delivery Services App for the past 3 years. I’m a Tech geek; Digital marketing expert, Entrepreneur, and Atheist who loves to write everything about PHP Scripts and mobile application development.

What is Portable Power Bank: How do Power Banks Work!

What is AR Zone App: Prime Functions, Features, Availability | How to Use it

How To Plan Your App Development Life Cycle

The 5 Best Features of The BlurSPY App

Complete Guide on How to Patent a Mobile App Idea

How To Get Best Mobile Apps Development Ideas

What Features of iOS 15 are available on older iPhones?

How to Raise Money for Mobile App Startup?

Mobility Solutions: 6 Mistakes You Should Avoid by Enterprises

How To Create An App For iPhone And Android

5 Android Apps That Every User Must Have

How To Make The Android Phone Your Co-Writer

How To Use iOS10 To Its True Potential: Tips And Tricks For Your iPhone 7

Tips To Launch Your App on Google Store