Most of the software companies out there wish to hire talented developers. However, with a large pool of software developers, you need to hire the right developer for your business.

So these days, small to medium-sized software development companies in India have hired specialist developers to build front-end and back-end work for their projects.

In this blog, we will help you to make a wise decision in choosing a full-stack developer or specialized developer for your business software. 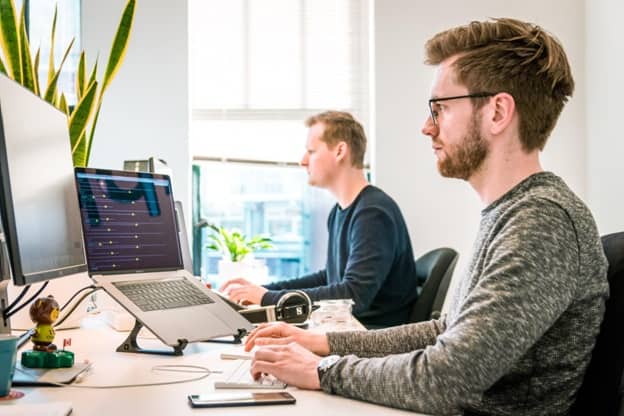 The term “full-stack developers” has been a famous phrase since the times when software development initially gained prominence.

All that happens on the client-side such as our interaction with an interface of the application, or visible part of a software or website, is included in the front-end.

Everything that happens on the server-side such as the database in the backend that provides the safe storage of your data and the programs that perform the business logic, is included in the backend.

Full-stack developers must master front-end and backend technologies, including at least one or two programming languages such as .NET, C#, Python, etc., and some top javascript frameworks such as Angular, Node.js, React, Vue.JS, etc.

Pros and Cons of a Full-Stack Developer

Pros and Cons of a Specialized Developer

When to hire Full-stack developers?

From the above points, we hope you got a clear idea about the difference between a full stack developer and a specialized developer. The choice of your developer dramatically depends on your project requirements, such as the budget, complexity, and size of your project.

Full-stack developers will be best suited for small-scale projects, whereas complex projects require dedicated developers for each technology stack since they require deep knowledge in multiple facets of software development.

When to Hire Specialized Developers?

Project size can play a crucial role in selecting your developers, and you have to hire software developers if you have a large-scale project.

Hiring specialized developers with years of experience in a particular technological layer for large projects is advisable since they have immense knowledge in rectifying minor issues and bottlenecks of the technology they are experts in.

Hiring a specialized developer can be more beneficial when your project mainly deals with only one technological stack, such as the creation of API services.

In this case, hiring a backend developer is the best solution. If, on the other hand, you need to create a single-page application without utilizing the backend, then hiring a front-end developer is more appropriate.

Finally, it should be kept in mind that a full-stack developer is best suited for startups and medium-sized software development companies.

It will be better if you have at least one full-stack developer who keeps an eye on the development of a project and monitors work progress in all areas.

We hope you enjoyed the article Full-Stack Developer or Specialized Developer, which one is right for your business software.

How to know when you need Software Development Services

Professional Software Support Services: How it Helps to Beat The Curve

The Different Kinds of Software Checks a Business Will Carry Out

How Automation Could Improve your Expense Management System

Why Use an Invoicing Automation System?

Reasons to Use SaaS to Boost Your Business Efficiency

ETL Data Integration Trends to Keep an Eye in 2022

How Does GrooveFunnels Marketing Software Work?

How To Choose a Right Mobile Application Developer!

How To Recover Files with EaseUS Data Recovery Software