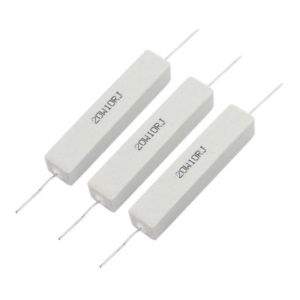 Technology is something most people cannot live without. It has been designed to make our everyday lives simpler and more efficient – from our household chores to our work-related activities. But much to our knowledge, this technology is powered by something that we know nothing about. It is most commonly known as a power resistor.

Power resistors are used to reduce current flow, adjust signal levels and divide voltages, among other uses. They are common elements of electrical networks and electronic circuits. This means that basically all our electronic devices are built with one. The electrical function of a resistor is specified by its resistance. The behavior of an ideal resistor is clearly defined by the Ohm’s law, which states that the Voltage (V) across a resistor is proportional to the Current (I), where the constant is the Resistance ( R ).

Since there are lots of applications for a power resistor, it will be difficult to enumerate all. But listed below are some of the common applications that they are generally known of:

Resistance heaters, ranging from 1 to 2 kW, are a very common appliance to places with temperate climates. All heaters are actually 100% efficient in converting electricity to heat. The inefficiency occurs during power generation due to the Rankine cycle steam system efficiency.

Paralleling LEDs. Parallel connected devices share current poorly. The design objective is to keep the voltage drop across resistors to a minimum in order to maintain the best efficiency, but high enough in voltage drop for effective current sharing.

Dummy load, is an experiment in circuits where the load is simulated rather than actual. Using a dummy load prevents false signals from being radiated from an antenna. Resistors provide a non-inductive load at radio frequencies.

AC motor drive speed controls. When an AC motor speed control inverter reduces motor speed, the rotational energy is transferred into the DC bus capacitor thus, causing its voltage to increase substantially. To prevent excessive voltage, the electronic dissipater temporarily connects a resistor across the capacitor until the voltage drops to a specified level.

In railway traction, resistors serve as power converters and rectifiers. It is also used as an electro-mechanical component. It is also helpful with equipment and systems for railway signals and as repair parts for railway management companies.

Energy conversion. Resistors are used as neutral grounds in harmonic filters. It will then be used for energy conversion and energy transformation for battery chargers and power plants.

Industrial automation. Resistors, in these area, are used for dynamics braking, both internal and external, in association with inverters. It can also serve as a motor control and heating devices in control panels.

Power electronic applications. Resistors are also specified as having a maximum power rating which must exceed the expected power dissipation of that resistor in a particular circuit. Resistors with higher power ratings are physically larger and may require heat sinks. 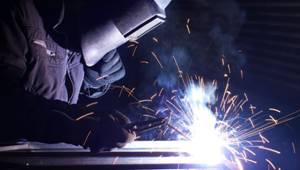 Power supplies and welding controls. Carbon composition resistors consist of a solid cylindrical resistive element with embedded wire leads or metal end caps to which the lead wires are attached. Values ranged from fractions of 1 ohm to 22 megaohms. Carbon composition resistors are still available, but relatively expensive. Due to the high price, they are only used in power supplies and welding controls. In addition, they are also widely used for repair of vintage electronic equipment where authenticity is a factor.

Load banking for locomotives and trams. A grid resistor is stamped metal alloy strip connected in rows between two electrodes, which are generally used in heavy-duty industrial high-current applications. Such resistors can be as large as a refrigerator, handling over 500 amperes of current. They are used in applications such as dynamic breaking and load banking for locomotives and trams, control loads for cranes and heavy equipment, and load testing of generators.

Best Ways for Writing on Paper for College Students

How To Make The Most of IP Technology In The Workplace

5 Online Shopping Precautions While You Shop on Internet

How To Handle Tech Problems While Work from Home

How To Sell Buy Cryptocurrency in 2022

What is Tiny AI? Benefits of Tiny AI

4 Tips for Improved Inventory Optimization in 2022

How Can Technology Help You Take Your Business to the Global Stage?

5 Ways IoT Platform is Changing our World for the Better

The Best Practices for Data Governance

Set up a Hack-Resistant Network for Your New Small Business

How Modern Digital Print is Catching Lithographic in Quality

Shining a Light on Battery Testers

The Best Types of CBD Products To Buy On Black Friday

Why IT Support is Needed for Manufacturing Companies

How are Office Workstations Related to Productivity?

Top Reasons Why You Should Invest in Unified Commerce

Cyber Disaster Recovery- Is Your Business Geared Up?