Aside from the quality of portfolio that C++ has, the skills and expertise of C++ developers make them highly appreciated and in demand, with C++ developer salary averaging at $95,000.

In this article, we will explore more of C++ and the applications that C++ developers have built over time; we will get to know C++, C++ developers, their achievements and capacity for innovation.

Fossbyte cites C++ as one of the top ten programming languages to be learned. Software developers highly skilled in C++, or C++ developers, have a wide range of expertise that they can apply to various application development projects; from developing mobile apps, free apps, to enterprise software development.

Because of the nature of C++ as a general-purpose programming language, identifying the top categories of applications, and providing the leading applications for each, would be the best way of showcasing the versatility of C++ and ingenuity of C++ developers.

With the help of free apps and user-friendly development environments, it is uncomplicated to create your own apps nowadays. But before all these conveniences were at the tips of our fingers, software engineering and software developers used to have a difficult time developing and crafting software applications.

When assembly and machine language was all the rage, C++ found its niche in object-oriented programming. With an excellent grasp of hardware control and efficient use of resources, C++ developers were able to build some of the best and most-reliable applications that we still use up to this day.

Listed below are the top 5 categories of applications and software wherein C++ has been well-established and have made its mark. These applications demonstrate the capacity of C++ and C++ developers. 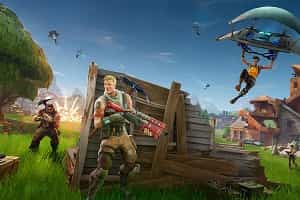 With C++ providing game developers with capabilities for greater control over hardware, resource optimization, and procedural programming for CPU-intensive processing, it has become a great tool on developing immersive games such as Doom 3, Counterstrike, and Hellfire, as well as great gaming development tools, such as Unreal Engine.

Acting as a translator between a developer and a user, a compiler transforms a source code, such as C++, into a targeted programming language. Below are just some of the most popular compilers C++ developers have developed. These compilers continue to flourish in the industry today.

Visual C++ is an Integrated Development Environment (IDE) for developing and troubleshooting of code written in CLI, C++, as well as C programming language. With Visual C++ integrated into Microsoft’s Visual Studio, C++ developers are utilizing other libraries and platforms in developing applications that help you create your own apps, be they mobile games, Android applications, or iOS applications.

Developed for Linux, IBM XL is the proprietary C/C++ compiler for computationally-heavy and complex programs written in C and C++ programming languages, as well as porting applications between different platforms. Moreover, it supports parallel and vector programming and is optimized for IBM Power Source.

Aside from compilers and games, C++ is also an integral part of all of our computing. With Apple OS X, a number of versions of Windows, as well as the late Symbian OS having been written in C++, C++ developers and software developers behind these operating systems have definitely become essential in strengthening the technologies of today. 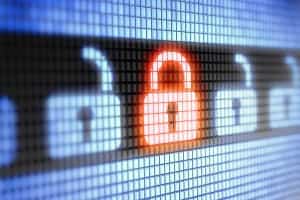 With its speed and processing strength, C++ continues to be a reliable tool in developing large data and heavy graphics processing applications, such as Adobe Systems,  AutoCAD, and 12D Solutions.

These widely-used and well-favored applications have benefitted from the efficiency and optimization that C++ developers have with their chosen tool.

Signs That Your IT Infrastructure Is Obstructing Your Digital Transformation Goals

5 Online Shopping Precautions While You Shop on Internet

How To Handle Tech Problems While Work from Home

How To Sell Buy Cryptocurrency in 2022

What is Tiny AI? Benefits of Tiny AI

4 Tips for Improved Inventory Optimization in 2022

How Can Technology Help You Take Your Business to the Global Stage?

5 Ways IoT Platform is Changing our World for the Better

The Best Practices for Data Governance

Set up a Hack-Resistant Network for Your New Small Business

How Modern Digital Print is Catching Lithographic in Quality

Shining a Light on Battery Testers

The Best Types of CBD Products To Buy On Black Friday

Why IT Support is Needed for Manufacturing Companies

How are Office Workstations Related to Productivity?

Top Reasons Why You Should Invest in Unified Commerce

Cyber Disaster Recovery- Is Your Business Geared Up?